A downloadable VR experience for Windows

Note: This title will soon be available through Steam, anybody who has purchased it on itch.io will also receive a steam key via email once it is live.

Founded in London in 1888, The Order of the Golden Dawn was a secret magic fraternity. It counted amongst its members the likes of Aleister Crowley and W.B. Yeats. To become a member one must first have discovered the existence of the fraternity after which an invitation to join must have been extended. Upon accepting this invitation, one was initiated in a secret ritual designed to invoke occult energies.

This is a faithful recreation that first ritual the "Neophyte 0=0 Grade" as it is described in Israel Regardie's book "The Golden Dawn". All of the speaking roles are fully voiced by experienced members of the Seattle occult community.

You can witness the ceremony as it was intended to be first viewed - through the eyes of the candidate - or you can inhabit the body of any of the officers including several of the so called "invisible officers" giving you a giant's view of the proceedings. One of the view points allows you to walk around the temple room during the ritual to grab and inspect the various weapons and objects.

As a VR experience this currently only works with the Oculus Rift, a Vive version might be forth coming once we get access to a Vive to develop on :)

This executable also works on PC *without* a VR setup. Just download and run as normal with FPS type controls as indicated below. A Mac version is also in the works.

There is a demo version (all the way at the bottom of this screen) that contains only the opening of the ritual, which doesn't involve the candidate in any way. We've provided it for those that just want to see the temple or just want to see if this works on their computer. If you want to first be exposed to the temple as the candidate you would want to go straight for the full version.

A: Skip current vocal or action. Use this to skip past a long dialog or movement.

Y: Change the viewpoint. Use to switch the view between the watcher, various officers, the candidate, and several invisible officers. Most view points are fixed and you cannot move or rotate them using the stick, the watcher has several additional controls:

Right Stick: Rotate View. Try to use this sparingly or you will get nauseous.

Left and Right Hand Triggers (not the index buttons) Use these to grab most objects in the temple. You can even grab the weapons right from the officer's hands. Note this only works with the touch controllers.

Back Button: Realign the current view.

T: Skip current vocal or action. Use this to skip past a long dialog or movement.

-/+: decrease or increase the mouse sensitivity. Mouse look is only enabled in non-vr mode.

In order to download this VR experience you must purchase it at or above the minimum price of $5 USD. You will get access to the following files: 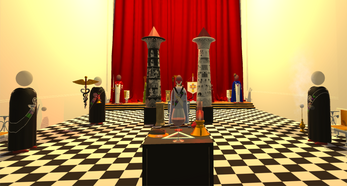 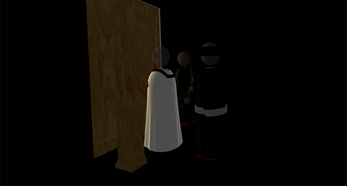 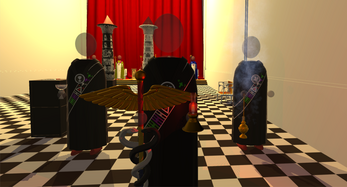 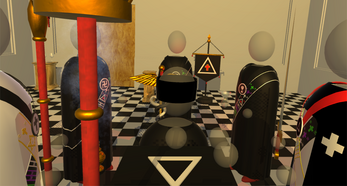 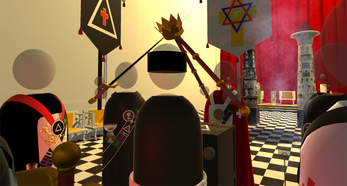